In a matter of weeks, three African-American police officers have been publicly and brutally murdered in the state of Virginia. The pressure is on law enforcement officials to stop the viscously calculated killer(s) and to do it quickly. An elite, yet experimental F.B.I. unit, formed specifically to investigate high profile crimes, is called in to head the investigation. Under the leadership of Special Agent Gabriel Santana, this F.B.I. team matches its investigators with hardened criminals who are currently incarcerated for having committed crimes similar in nature to the case they are trying to solve. In this particular instance, it means working with a racist-militia leader serving a life sentence, a man that would rather help the murderer(s) than see the killing-spree stop.

25 TO LIFE is like an edgy version of 48 HOURS and reminiscent of SILENCE OF THE LAMBS; a gripping crime drama brought to you by the writing team of Eriq LaSalle and Doug Wagner, and brilliantly illustrated by Tony Shasteen.
25 TO LIFE --- Sometimes enforcing the law is CRIMINAL.
Voir plus Voir moins 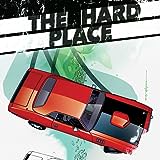 The Hard Place
After five years in prison, AJ Gurney, a legendary wheelman in Detroit, has decided it's time to go straight. He returns home to work in his father's garage and disappear into anonymity. But during a visit to the bank, AJ is recognized by two violent bank robbers, and they demand AJ be their getaway driver. To ensure his compliance, they take a young female hostage; unfortunately, she happens to b 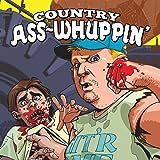 Country Ass-Whuppin'
On April 27, 2011 a string of deadly tornadoes ripped across the southeastern United States, with the brunt of the devastation focused on the state of Alabama. In an effort to help the many victims still putting their lives back together, some of the finest comic creators working in the industry today, many with roots or ties to the south, have banded together and donated their time for a uniquely 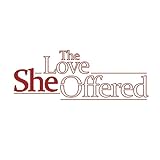 The Love She Offered
Six weeks ago, Brian Thompson's daughter Julia was murdered, stabbed several times with a knife and left for dead right outside her home. The police questioned her ex-boyfriend Sean, but he was never charged. Brian, however, is convinced that Sean is the killer. He knows it. And he wants justice for his daughter. Together with his brother Earl and his best friend Ross, Brian comes up with a plan. 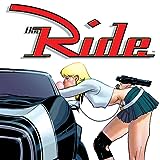 The Ride
As the flagship title of the 12-Gauge line, THE RIDE was conceived to be--both literally and figuratively--a "vehicle" for some of the comics industry's leading talent to spread their wings. That "vehicle" is a 1968 Camaro, the unifying element through these stories of bullets, babes, murder, and mayhem. Issue #1 contains the first two action-packed chapters of a four-part story, illustrated b