In 1968, the zombie-infested jungles of Vietnam and Laos explode with the coming of a grim hero for earth's new dark age! JUNGLE JIM is a one-man army, a reaper in a gas mask...JACK THE RIPPER WITH AN M-16...armored in burlap and bamboo against the living and the dead as he searches relentlessly for redemption in the heart of a rotting, war-torn apocalypse. Whether he's rescuing American POWs from the clutches of the Viet Cong or staging a bullet-riddled standoff against hordes of the hungry undead to protect the occupants of a remote, French Catholic mission, Jim will put his life on the line and the metal to the meat! The world of the award-winning, sold-out '68 universe expands as this collected volume presents Jim's origin from the original one-shot comic along with the full-length mini-series in one massive, extras-packed digital graphic novel.
Voir plus Voir moins 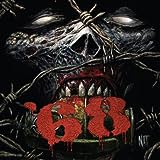 '68
On February 13, 1968, during the darkest days of the Vietnam conflict, the gates of hell opened wide, unleashing new and hungry life into the countless war-torn dead. The horrors of war take a back seat as an American tunnel rat crawls into a Viet Cong warren turned undead slaughterhouse, rotting snipers fire their final bullets from treetop perches, and freshly filled body bags twitch and rise

Children of the Grave
Team Orphan, a U.S. Special Forces team made up of three hardened soldiers, has been tasked with assassinating a maniacal terrorist guilty of genocide on a massive scale. In their desperate quest to rid the world of the rogue terrorist, Team Orphan will soon learn they are not the only ones seeking his death. The terrorist's many small victims--the children he has destroyed--have returned from the 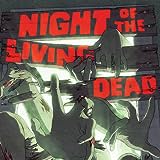 Night of the Living Dead
You've heard the eyewitness accounts and were shocked by the television reports, but now for the first time you'll experience the horrifying events which led to that first Night of the Living Dead! John Russo, the co-writer of the 1968 cult classic film, joins horror comics scribe Mike Wolfer in presenting the official prequel to NIGHT OF THE LIVING DEAD, featuring the first chronological appearan 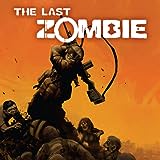 The Last Zombie
Shocker Award recipient and two-time Bram Stoker Award winner, Brian Keene is known worldwide for his novels and short stories of the shambling undead! Keene teams up with A.P. powerhouse Joseph Wight (Twilight X, How to Draw (and Fight) Zombies) to tell a terror-tinged tale for the ages! Follow the frantic journey of a man seeking his one ray of hope in a post-apocalyptic nightmare United Stat 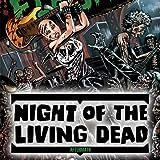 Night of the Living Dead: Aftermath
The original zombie phenomenon returns with horror writer David Hine directing the re-emergence of the undead in America. Set in the excesses of the late 1970s we follow the world as it has evolved with the zombie threat. The nation believes the epidemic contained, but when a virulent outbreak turns Las Vegas into a shambling graveyard, the government is forced to lock it down under quarantine. A