The iconic cinematic terror makes its Marvel debut! Gabriel Cruz gave his life to the Weyland-Yutani Corporation — almost literally, thanks to an alien attack he barely survived! Recently retired, Cruz is trying to patch things up with his abandoned son with the help of his friend, a Bishop-model android. But his re-entry into civilian life is not going smoothly, and his encounters with the deadly Xenomorphs are far from over! Now, Cruz has only one chance to save his son from the horrific fate he barely escaped. The clock toward total collapse is ticking. The aliens are loose! Phillip Kennedy Johnson and Salvador Larroca team up for an all-new tale of the sci-fi/horror titan that has terrified audiences for decades. No one is safe. No one is innocent. And no one can hear you scream. 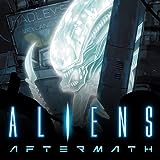 Aliens: Aftermath
FOR ALIENS' 35TH ANNIVERSARY, A RETURN TO HADLEY'S HOPE! It's been 35 years since the tragedy of the Hadley's Hope colony, but what happened to that ill-fated venture has been shrouded in mystery. A renegade crew of investigative journalists are heading towards the moon that Weyland-Yutani has wiped from all records, and they'll bring back the truth even if it kills them...and what remains in that 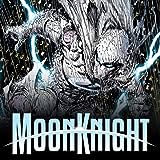 Moon Knight (2021-)
I AM MOON KNIGHT! The mysterious Mr. Knight has opened his Midnight Mission, his people petitioning for protection from the weird and horrible. The Moon Knight stalks the rooftops and alleys marked with his crescent moon tag, bringing violence to any who would harm his people. Marc Spector, in whichever guise he dons, is back on the streets, a renegade priest of an unworthy god. But while Khonshu 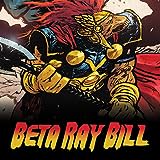 Beta Ray Bill (2021)
FROM THE PAGES OF DONNY CATES’ THOR AND SPINNING OUT OF THE EVENTS OF KING IN BLACK! The second-most famous wielder of Mjolnir. The right-hand man to the god of Thunder. And now, a warrior without his best weapon. Beta Ray Bill is tired of playing second fiddle to Thor – and with Bill’s famous hammer, Stormbreaker, recently destroyed at the new All-Father’s hands, tensions are higher than 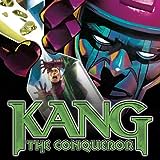 Kang The Conqueror (2021)
THE ORIGIN OF KANG! The man called Kang the Conqueror has been a pharaoh, a villain, a warlord of the space ways and even, on rare occasions, a hero. Across all timelines, one fact seemed absolute: Time means nothing to Kang the Conqueror. But the truth is more complex. Kang is caught in an endless cycle of creation and destruction dictated by time and previously unseen by any but the Conqueror hi