ANNUAL IS HERE! ANNUAL IS NOW! 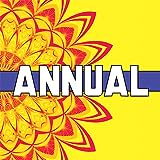 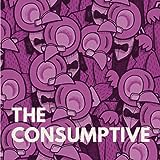 The Consumptive
An ongoing mini-anthology of strange comics by Jamie Tanner. 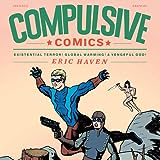 Compulsive Comics
Compulsive Comics collects the very best of Eric Haven’s singular brand of inverted-comic-book-consciousness and genre-bending short stories. “The Glacier” is about a lone scientist making a startling discovery. The volume’s most controversial story, “I Killed Dan Clowes,” is an epic conflation of autobio and fantasy. While driving around Oakland, ruminating on the history of undergro
The Superannuated Man
By the time most people realized it, they were no longer in charge of the world we know. In an unspecified future, the small seaside town of Blackwater has now been taken over by advanced and mutated animals. Most of the humans that lived there are now either dead or gone, but one old-man remains, scavenging off the scraps and refuse of humanity's past, and doggedly defying the new tenants. 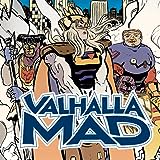 Valhalla Mad
Their names are legend: the Glorious Knox! Greghorn the Battlebjörn! Jhago the Irritator! Three warrior gods vacationing on Earth, just looking to get their drink on and have a good time! Join the drunken festivities with toastmasters JOE CASEY (SEX) and PAUL MAYBURY (SOVEREIGN). The new mythology begins now!