The Red Onslaught is broadcasting waves of telepathic hate across the globe -- and Marvel's greatest heroes have turned on their moral axis! What will the Avengers and X-Men find in the Red Skull's bleak "re-education camps"? What is Tony Stark's dark secret? And with the heroes "inverted" to evil, who will stand against them? How about an army of villains?! Magneto betrays his alliance, a founding Avenger quits, and the Scarlet Witch is forced to join Dr. Doom! And who are Kluh and the Sorceress Supreme? As the Axis of Evil strikes down the heroes, the all-new Astonishing Avengers battle the Uncanny X-Men! Witness an X-Man's horrifying fate -- and an Avenger's appalling choice! Who will live or die? Who will remain inverted? The shocking climax will crack the Marvel Universe to its core!
Voir plus Voir moins 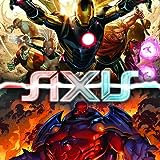 Avengers & X-Men: Axis
The Red Skull has exploited the gifts of the world's greatest telepath to broadcast pure hatred across the globe. Now, born of the murder of Charles Xavier, World War Hate has begun. Tony Stark discovers a secret truth that will upend not only his life, but also the lives of everyone he cares for. Can The Avengers and X-Men finally unite? Would their combined strength be enough to hold back the d 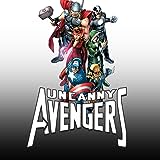 Uncanny Avengers (2012-2014)
In the wake of Professor X's funeral, Captain America creates a new Avengers unit comprised of Avengers and X-Men, humans and mutants working together. But the Red Skull has returned -- straight out of the 1940s -- and he wants to destroy all mutants! And what gruesome weapon has given the him dangerous new powers? 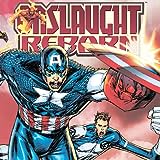 Onslaught Reborn
To save the Marvel heroes from Onslaught, Franklin Richards created a parallel universe where those heroes were reborn. But the parallel dimension has merged back into our own and Onslaught has returned! Prepare for Onslaught Reborn! 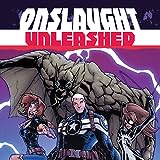 Onslaught Unleashed
Onslaught is back! And that may mean the end for several Avengers and other heroes.
Original Sin
WHO SHOT THE WATCHER? The Watcher, the mysterious space-god who's been watching us from the moon for as long as we can remember... is dead. Thus begins the greatest murder mystery in Marvel Comics history. As Nick Fury leads the heroes of the Marvel Universe in an investigation, other forces are marshaling as well and other questions are arising. The most important question being - who now h