Jonathan Hickman rocks the Avengers World with INFINITY! To protect their planet from greater dangers, the Avengers got bigger. But when the oldest race in the universe marks Earth for destruction, it's time for Captain America to think grander still. As the most powerful Avengers team ever assembled heads into space, an old enemy deems their homeworld unprotected. Thanos unleashes his dark forces against Earth in search of a terrible prize, and his Black Order fires the opening shots of a galactic war that will be fought both on Earth and in deep space! As the mad Titan's secrets are revealed, the Inhuman city of Attilan falls and the secretive Illuminati find themselves on the front line! Galactic empires will fall as Thanos' crazed plans come to fruition!
Voir plus Voir moins 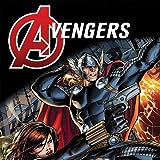 Avengers: Time Runs Out
Collects Avengers (2012) #35-44 And New Avengers (2013) #24-33. For Earth's Mightiest Heroes and the Illuminati, it's all been building to this. One by one, the realities of the multiverse have collided and been destroyed, leaving the Marvel Universe as one of the last dimensions standing. Now, Jonathan Hickman's cataclysmic saga jumps forward eight months to the day of the Final Incursion —
Secret Wars (2015-2016)
The final incursion is happening! The Marvel Universe is colliding with the Ultimate Universe, and neither will survive! When Everything Ends, what will become of the Marvel Universe? 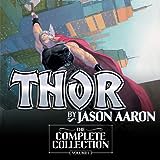 Thor by Jason Aaron: The Complete Collection
Collects Thor: God of Thunder #1-18. A trail of blood consumes Thor's past, present and future! Throughout the ages, gods are vanishing — and Thor must unravel the gruesome mystery of Gorr the God Butcher! In the distant past, Thor discovers a cave that echoes with the cries of tortured gods. In the present, Thor follows the bloody wake of murdered gods across the depths of space. And millenn 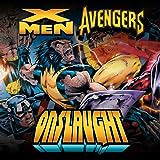