Bat is desperate to find Dominique before her father sends her away. But here comes the cavalry: Two-Moons and his fellow Comanche warriors! 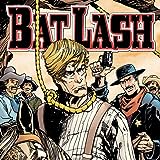 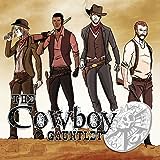 Cowboy Gauntlet
Wanted by the US Army and every lawman in the New Mexico Territory, Jax and his band of outlaws use ancient Incan artifacts to hide themselves and their spoils. They soon find themselves facing strange visitors and dark magic. A journey into Old Mexico takes them to a world of forgotten civilizations, ancient armies, and powerful relics. Will their latest heist bring them untold power and riches o 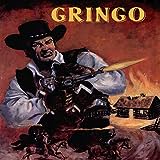 Gringo
Grit and gunfights in the Old West. A man wakes up without his memory and in the desert. Taken in by a rancher, the stranger becomes a ranch hand as he struggles to find out who he once was. Surprising, he finds himself quick on the draw and an expert shot. As the rancher is besieged by a corrupt land owner, the stranger known only as Gringo, finds his memory slowly returning. And it isn't pleasan 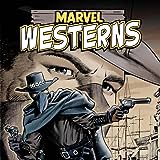 Marvel Westerns (2006)
A modern day adventure with SHE-HULK reminds the TWO-GUN KID of one of his most fraught-filled yarns of yesteryear! So saddle up, pards, and ride with the Wild West Avenger as he sets his sights on some rustlers, but finds himself face-to-fang with critters that are neither man nor beast!
El Diablo (2001)
Resurrecting the popular frontier phantom from the pages of WEIRD WESTERN TALES, the killer of legend known only as El Diablo is about to raise Hell in a small town.