Blasting out of the smash-hit video game BATMAN: ARKHAM KNIGHT comes an action-packed look at the game's mysterious antihero, the Arkham Knight!

He is Gotham City's newest vigilante, and his deadly tactics put him in direct opposition to Batman. But the Knight's connections to the Caped Crusader run deep-and he has much more planned than just cleaning up Gotham's crime. The Arkham Knight is here to make Batman-and every one of his allies-pay for what they did to him.

So who is the Knight and why does he hate Batman so much? Writer Peter J. Tomasi (GREEN LANTERN CORPS) along with artists Alisson Borges (LOBO) and Dexter Soy (MORTAL KOMBAT X) delve deep into the psychology and history of the villain (or is it hero?) of the hit game-a must-read for any fans of Rocksteady's acclaimed Arkham trilogy! 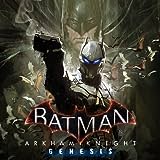 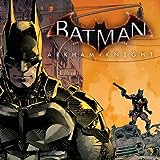 Batman: Arkham Knight (2015-)
The Joker is dead. Arkham City is closed. As a new day begins, Bruce Wayne finds himself in devastating pain, recovering from his injuries and questioning whether his role as Batman is still necessary to the city's survival. But as the sun rises in Gotham City, dangerous new threats emerge from the shadows...and the Arkham Knight is just beginning. Don't miss this in-continuity prequel comic set p 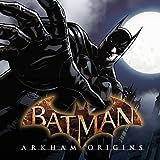 Batman: Arkham Origins
The best-selling video game comes to comic books in BATMAN: ARKHAM ORIGINS! In the video game Batman: Arkham Origins, Black Mask orders a hit on the Dark Knight and assassins from all across Gotham City answer the call. Batman must defeat the likes of Deathstroke, Bane, The Joker, Copperhead and others while trying to find out what Black Mask is up to. 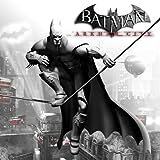 Batman: Arkham City
Arkham Asylum is in ruins. Gotham's new mayor has a radical concept to take its place: Arkham City, a walled city-within-a-city to house the most dangerous criminals alive. While its new inhabitants conspire to control it, Batman is determined to unveil the mastermind behind this dangerous idea. 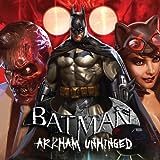 Batman: Arkham Unhinged
Go deeper into the world of ARKHAM CITY with BATMAN: ARKHAM UNHINGED! A weekly, original digital series based on the video games BATMAN: ARKHAM ASYLUM and BATMAN: ARKHAM CITY, each 10-page chapter ties directly in to the continuity of the game and follows your favorite characters through the bedlam!