They were 6, they eventually end to 4, and Faith is not done with them 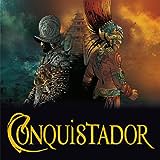 Conquistador
No one can attack the Aztec treasure without consequences... Conquistador Hernán Cortés and his army are under the protection of Emperor Moctezuma who considers them gods equals. But Cortés is greedy and soon he sets up a mission to steal Moctezuma's priceless treasure. Mercenary Hernando Royo leads the crew. They will soon face the Legendary Defenders of the Aztec Treasure and will have to 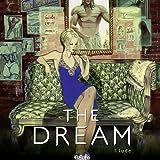 The Dream
It's supposedly what everyone wants: fame and money. The American star-making machine never stops in its efforts to uncover new talent, because talent is what feeds it. Megan, a talent scout for Independent Art Productions, discovers Jude on stage while he's performing in a sex act. He may be star material: women want him and men want to be him. But before he can pursue stardom, he has to escape t 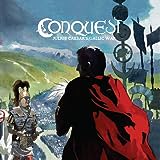 Conquest: Julius Caesar's Gallic War
"The whole of Gaul is divided into three parts: one of which the Belgae inhabit, the aquitani another, and the third a people who in their own language are called 'Celts,' but in ours, 'Gauls.' They all differ among themselves in respect of language, way of life, and laws...." Thus begins one of the major works of humanity, "The Gallic War," written by a man who marked our history and subconscious 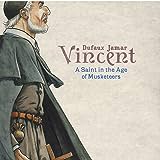 Vincent: A Saint in the Age of Musketeers
A real dive into the heart of 17th-century Paris, this story takes us into the daily life of Vincent de Paul, a devoted churchman, in search of the truth. Accompanied by young Antoine, Father Vincent travels the neighborhoods of the city, pleading his case with the richest of the rich and helping the poor. He takes in Manon, a 15-year-old orphan who is a victim of prostitution. Manon's story is co
Ira Dei
A Norman by the name of Tancred makes landfall in Sicily with a motley international mercenary crew. A figure of mystery and danger, he soon proves himself a fierce blade and a cunning strategist, but why has he come? Revenge on the embattled Lord Harald now besieging Taormina? The fabulous wealth of the Qaids hidden within the city? Why does Tancred travel with a papal legate who calls him Robert