This is the first of two volumes reprinting copious amounts of comics stories and recounting the career of cartoonist Basil Wolverton. Based on his correspondence and journals, the biographical portion of the books follows Wolverton from childhood to adult day-to-day life as freelance cartoonist, itinerant handyman, persistent contest enterer, and local pastor of the Radio Church of God. Wolverton lived and worked in the Pacific Northwest, unique among the first generation of comic book pioneers. In the precious period before the industry calcified into a commercial institution, Wolverton was free to work under the radar to explore in detail his weird tales of the future. All of Wolverton's non-humorous comic book stories will be presented in full, along with prime examples of his humorous comics and dozens of pages of unpublished art, including editorial drawings, advertisements, caricatures, pulp illustrations, rejected comic book covers, and unsold features.

"It's remarkable to see art so twisted applied to such vivid pulp tales - almost as though Wolverton was trying his hardest to be Alex Raymond, but couldn't help turning out images to rival Salvador Dalí." - The A.V. Club 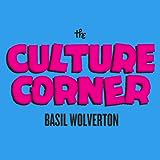 Basil Wolverton's Culture Corner
Did you ever wonder how to stop brooding if your ears are protruding? Or how to indulge yourself and snore without being a bore? Or for the masochists among you, how to sit on a tack? Or for the narcissists, how to contemplate the back of your pate? Or something as simple as how to get out of bed gracefully? Or something a bit more challenging like how to boot a fly off your snoot? Or, if you’re 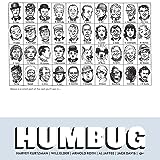 Humbug
You know MAD. Do you know Humbug? Harvey Kurtzman changed the face of American humor when he created the legendary MAD comic. As editor and chief writer from its inception in 1952, through its transformation into a slick magazine, and until he left MAD in 1956, he influenced an entire generation of cartoonists, comedians, and filmmakers. In 1962, he co-created the long-running Little Annie Fanny w 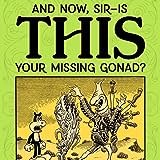 "And Now, Sir... Is This Your Missing Gonad?"
This collects Jim Woodring's choice and previously unpublished images and gag cartoons, created between 2009 and 2019 for his private amusement. This book features Woodring's familiar cast of characters from such canonical graphic novels as Poochytown, but with a twist! Woodring has enlisted the mysterious Walter Foxglove, The Smartest Artist (TM), to undertake the huge task of restoring to these
Black Light: The World of L.B. Cole
L.B. Cole created some of the most bizarre, proto-psychedelic, eye-popping comic book covers of all time, yet remarkably this is the first retrospective of his career, featuring the largest collection of Cole covers ever assembled, in an oversize format that showcases his attention to detail and his versatility in all the popular comic book genres of the day. Cole burst into comics during the glor