The end of the world was just the beginning! After a corrupted Anti-Life Equation turned billions into monsters-including the World’s Greatest Heroes-our planet was as good as dead. Years later, a distress call brings Damian Wayne, Jon Kent, and Cassie Sandsmark-the Batman, Superman, and Wonder Woman of Earth-2-back to a dead planet...but what will this new Justice League find waiting for them? If life still exists on Earth, who-or-what-is lying in wait for these heroes?
But it isn’t just the anti-living our heroes have to worry about, because John Constantine, Swamp Thing, and Zatanna are about to discover another evil growing...Collects DCeased: Dead Planet #1-7.
Voir plus Voir moins 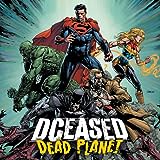 DCeased: Dead Planet (2020-)
After a corrupted Anti-Life Equation turned billions into monsters-including Earth’s Greatest Heroes-our planet was as good as dead. Years later, a distress call brings Damian Wayne, Jon Kent, and Cassie Sandsmark-the Batman, Superman, and Wonder Woman of Earth 2-back to a dead planet...but what will this new Justice League find waiting for them? If life still exists on Earth, who-or what-is ly 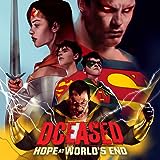 DCeased: Hope At World's End (2020)
The Anti-Life Equation has infected over a billion people on Earth. Heroes and villains have fallen. In the immediate aftermath of the destruction of Metropolis, Superman and Wonder Woman spearhead a plan to try to stem the tide of infection, preserve and protect survivors, and develop a plan for what’s next. In the Earth’s darkest hour heroes will bring hope! 2019’s blockbuster series, D 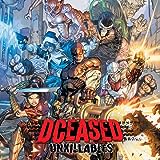 DCeased: Unkillables (2020-)
The blockbuster DC series returns to answer this question: What did the villains do when the heroes failed and the world ended? Spinning out of the dramatic events of 2019’s smash hit, writer Tom Taylor returns to this dark world with a street-level tale of death, heroism and redemption. Led by Red Hood and Deathstroke, DC’s hardest villains and antiheroes fight with no mercy to save the only
Justice League: Endless Winter (2020-)
“Endless Winter!” The crossover event of the season begins here! The Justice League encounters an extinction-level global storm brewing at the former site of the Fortress of Solitude. Two timelines will reveal further clues and secrets throughout each chapter of this blockbuster tale! 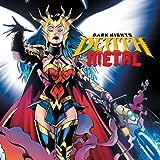 Dark Nights: Death Metal (2020-)
Get ready for the earth-shattering encore! The legendary team behind Dark Nights: Metal and Batman: Last Knight on Earth take center stage and reunite for one last tour. When the Earth is enveloped by the Dark Multiverse, the Justice League is at the mercy of the Batman Who Laughs. Humanity struggles to survive in a hellish landscape twisted beyond recognition, while Batman, Wonder Woman, and Su