Nelson & Murdock is no more! Foggy's discovered a shocking secret that Matt's been keeping - and he doesn't take it well! It's a turning point in the lives of Marvel's most famous legal team! Then, it's the return of someone Matt thought was gone forever, and the debut of a new menace in New York...the killer called Coyote! Daredevil's newest threat is not what Matt expects...but then again, just how sane is Matt Murdock right now, anyway? The biggest Daredevil story yet begins here, as the streets of New York run red with blood and Matt's mind unravels under the Coyote-created chaos!
Voir plus Voir moins 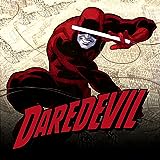 Daredevil (2011-2014)
Having turned his world upside over the past several years, Matt Murdock realizes that justice may not be blind to his past and villains may not be the only ones looking for answers. If Matt Murdock could see what he was up against he'd be terrified.

Daredevil (2014-2015)
Daredevil leaves Hell's Kitchen for sunny San Francisco! Gifted with an imperceptible radar sense and a passion for justice, blind lawyer Matt Murdock--a.k.a. DAREDEVIL--protects the Golden City's streets from all manner of evil. But big changes are in store for Matt Murdock as old haunts and familiar faces rise to give the devil his due.
Daredevil (1998-2011)
It's the end of an era. The end of the Eisner-Award winning Bendis/Maleev run is here, and you'll have to see it to believe it! The team that outed Matt Murdock will leave you awestruck with a major change in the life of the Man Without Fear. A major, major change. 'Nuff said! Guest-starring everyone! 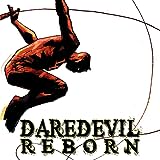 Daredevil: Reborn
The apocalyptic events of SHADOWLAND have left the once-proud legacy of Daredevil in tatters. Now, far from the mean streets of Hell's Kitchen, a new evil is rising, and the only man crazy enough to face it is a man with nothing left to lose.
Daredevil (2015-2018)
Back in black and on his home turf, Daredevil begins again in New York City as a new enemy emerges. Meanwhile his alter ego, Matt Murdock, is on a new side of the law in the District Attorney’s office. Fighting crime in the shadows, prosecuting bad guys in the light, it’s a whole new chapter for our man without fear.