It's the confrontation that every single Marvel comic has been building to: the Merc With a Mouth versus the Jerk With That Jaw! Deadpool goes to Infinity and beyond when he throws down the gauntlet against Thanos of Titan! These calamitous combatants are two sides of an unholy love triangle, with Death their fickle mistress. But when everything in the universe stops dying, could the bombshell with the killer cheekbones have her bony hands full with someone else?!? Who ever heard of a love square? How would that even work? The Mad Titan and the Crazy Cretin may just have to team up to find out what gives as they head "From Her to Eternity!" Guest-starring Marvel's most popular and beloved character, the Black Talon — plus some nobodies called the Guardians of the Galaxy.
Voir plus Voir moins 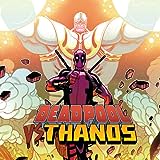 Deadpool vs. Thanos (2015)
We all know Thanos, the man who single-handedly made bejeweled gloves into THE deadly weapon of choice for mass murder. But did you know he shares an ex with Deadpool? No, not Vanessa, I refer to the cosmic “lady” known as Death. And when everyone in the universe stops dying, both of her former beaus take an interest. Can the pair overcome one’s overwhelming hatred of and annoyance by the ot

Deadpool vs. The Punisher (2017)
Frank Castle has an unstoppable will — a powerful drive to punish those who do wrong, rooted in the tragic killing of his family. Wade Wilson has an unstoppable mouth — an unthinking knack for annoying everyone around him, rooted in thinking he's funny. Both men, however, are among the deadliest on the planet. 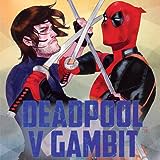 Deadpool v Gambit (2016)
Gambit- one of the smoothest, best-looking operators in the world of the X-Men. Deadpool- one of the most annoying, ugliest dirtbags in the world of everything. Naturally, these guys got beef. But do you know what they have in common? A secret history of working together to pull con-jobs. That's right- the grift is on as the Regeneratin' Degenerate and the Ragin' Cajun begrudgingly take on one las 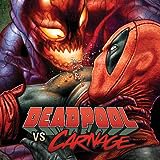 Deadpool vs. Carnage
Two red-suited madmen for the price of one! That's right--good crazy vs. bad crazy, once and for all! And you can bet it's gonna be a bloody one! 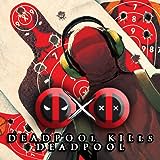 Deadpool Kills Deadpool
The final act of the Deadpool Killogy begins!Deadpool sets his sites on the ultimate target--himself! Contains over 700% of your daily recommended Deadpool!