The battle royale continues as the world's greatest superheroes are forced to fight each other to the death in a mysterious, otherworldly prison. Who will be crowned the victor in this month's grudge match? More importantly, who will be the loser? And will the cabal of Sable, Meridian, Sol Invictus, and the Manchurian be able to decipher the mysteries of the prison before one of them is selected to enter the arena?

Written by industry legend Paul Jenkins (SENTRY, INHUMANS) and drawn by comics superstar Carlos Magno (PLANET OF THE APES, TRANSFORMERS), DEATHMATCH is a dark, psychological deconstruction of the superhero genre that can't be missed.
Voir plus Voir moins 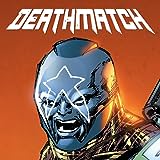 Deathmatch
THE SUPERHERO BATTLE ROYALE YOU CAN'T GET FROM MARVEL OR DC! A powerful and mysterious supervillain has imprisoned the world's greatest superheroes, forcing them to fight to the death until there is but one victor. It's kill or be killed as we settle the score on all those hypothetical superhero match-ups in the ultimate DEATHMATCH. Written by industry legend Paul Jenkins (SENTRY, INHUMANS) and

Suicide Risk
Heroes are dying, and cops are dying twofold. Humanity is underpowered in the face of their onslaught, and people are suffering untold casualties trying to stem the flow. After barely surviving a super-powered bank heist gone horribly wrong, beat cop Leo Winters vowed to try and find a way to stop them. Following a lead, he discovered two lowlifes who seemed to be able to grant a person powers...f
Hexed (2008-2009)
Explosive first issue! It's said there's no honor amongst thieves. Add to that a thief operating in the occult underground, and it's whole different kind of nasty! Luci Jenifer Inacio Das Neves, Lucifer for short, takes a new job that will expose her to the macabre underbelly of the city, and a secret that she'd rather nobody know. A brand new series by Michael Alan Nelson, the critically acclaime
Clive Barker's Next Testament
The first all-new original comic series created and written by Clive Barker is here! Julian Demond, captain of industry, has left behind everything to begin a walkabout -- he believes he's on a mission from God. While in the wasteland, he comes across a figure unlike any other, who calls himself Wick 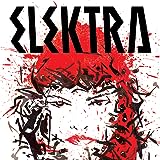 Elektra (2014-2015)
Witness the beautifully violent return of the world's deadliest assassin. A life spent in silent pain has led Elektra to the precipice of despair. As she prepares to shed her past and take her next step, everything you know about her will change! Death is no escape, but she will find her way as a new option opens up that will take Elektra to places no other Marvel character can go.