Award-winning writer Brian K. Vaughan (PRIDE OF BAGHDAD, Y-THE LAST MAN) deftly combines big city politics and superheroes in this much lauded series. Now, the entire critically acclaimed series written by Brian K. Vaughan, one of the writers of LOST, is collected into a five volume series. In this fourth volume, Mayor Mitchell Hundred is summoned to Rome for an audience with the Pope. But as Hundred makes his travel plans, he is unaware of the assassin who has him in his sights. 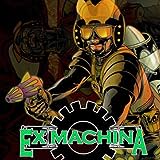 Ex Machina
When an accident gives Mitchell Hundred amazing powers, he becomes America's first living super-hero. Eventually tiring of risking his life merely to help maintain the status quo, he retires from crime-fighting and runs for Mayor of NYC, winning by a landslide. And that's where his adventure begins...

100 Bullets
If a stranger offered you a chance to get away with murder...would you take it? In this dark, multiple award-winning crime series, ordinary citizens are given the opportunity to exact revenge on a person that has wronged them. Guaranteed full immunity, what would you do?
DMZ
Aspiring photojournalist Matty Roth gets trapped in battle-weary Manhattan during America's second civil war. He takes a once in a lifetime opportunity to follow a veteran war journalist into the middle of the DMZ. But taking it leads to more than just a scoop...it leads to a whole new life. 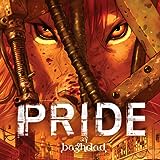 Pride of Baghdad
Written by Eisner Award winner Brian K. Vaughn! In the spring of 2003, a pride of lions escapes from the Baghdad Zoo during an American bombing raid. Lost and confused, hungry but finally free, the four lions roamed the decimated streets of Baghdad in a desperate struggle for their lives.
100 Bullets: Brother Lono
The Eisner Award-winning team behind 100 BULLETS reunites to tell the story of the baddest Minuteman of all. When last we saw Lono, Dizzy Cordova had shot him through the chest...but Lono always was too tough to die.