The American Revolution has never been funnier! America's founding fathers were brilliant, brave, forward-thinking. . . and ridiculous, at least in the eyes of cartoonist and history buff Peter Bagge! "I find myself laughing out loud whenever I read of their foibles, especially when their oversized egos clashed," says the author. This collection of short vignettes features some of our country's best-known historical figures (along with several lesser-known players) and includes all Founding Fathers Funnies cartoons from Apocalypse Nerd and Dark Horse Presents. This hardcover also features several brand new stories and additional biographical information!

"I can count on one hand the number of comic artists whose work is as strong . . . Maybe on two or three fingers." -Robert Crumb

"Peter Bagge is one of the best comic storytellers ever." -Vice

"Peter Bagge remains one of those premiere old-school 80s/90s alt-cartoonists who built their careers one corrosively funny page at a time." -The A.V. Club 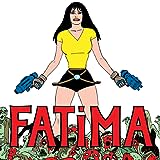 Fatima: The Blood Spinners
Comics luminary Gilbert Hernandez envisions his strangest, most thrilling future yet! A drug called ""spin"" offers the wildest trip imaginable, followed by its users' inevitable, rapid deterioration into undead flesh eaters. Despite the side effect, the drug is so popular that the human population is dying out! With no cure to be found, the beautiful, lovesick Fatima may be the only thing standin
Save me, Pythia
Pythia lives in Delphi, in Ancient Greece, and between her classes at high school and her part-time job at the temple of Apollo, she leads quite a normal, boring life... until the day that she refuses Apollo's advances and he places upon her a terrible curse. She is now able to predict the future, but whenever she sees a catastrophic event on the horizon, no one believes her warnings and she is he 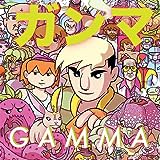 Gamma
GAMMA is back! Pokemon meets Power Rangers in this kaiju-packed mature parody that follows a monster trainer whose dreams of fortune and glory collide with his own hubris and the downfall of the entire planet in a story about betrayal and redemption in a world of bizarre, cute, and deadly monsters. 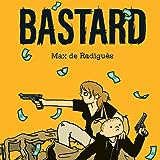 Bastard
After taking part in a historic heist — 52 simultaneous robberies at the same time, in the same city — May and Eugene are now on the run not only from the law and double-crossed former accomplices, but also their violent past. What makes these criminals so surprising is that they are a young mother and her preteen son. Thus begins the intense, yet touching, Bastard, Max de Radiguès’s Fantag