Long after Earth has entered its second ice age, humanity has learned to cope with the frozen elements. In this cold and bleak future, heat is power, and brutal gangs roam the icy wasteland looking for it. If that wasn’t enough, a terrible disease nicknamed “frostbite” is literally freezing people from the inside out. Once you catch it, the effect is instantaneous. There is no immunity, there is no cure.

Until now. Doctor Henry Bonham and his daughter Victoria have found the key to ending frostbite. If they can get from Mexico City to a secret government outpost in Alcatraz, they could stabilize life across the globe. But to do that they’ll need to stay alive. That’s where Keaton comes in. She and her crew have faced worse journeys before, but never with the potential consequences this one poses if they fail.
Voir plus Voir moins 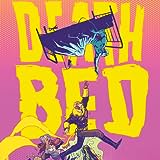 Deathbed (2018)
From writer Joshua Williamson (THE FLASH, FROSTBITE) and artist Riley Rossmo (BATMAN/THE SHADOW, CONSTANTINE: THE HELLBLAZER), follows a former adventurer turned recluse who has re-emerged 20 years later. When reporter Valentine Richards is hired to get his story, she soon finds herself in an insane world of violence and supernatural adventure. 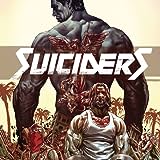 Suiciders (2015)
In the post-apocalyptic city of New Angeles, killing isn't just a crime - it's entertainment. When the "big one" finally hit the West Coast, Los Angeles was left in ruins. And when the U.S. government decided to cut the city loose, things went from bad to worse. To survive, L.A. did what it does best: It turned survival into entertainment. Now, thirty years later, the city of New Angeles is thri 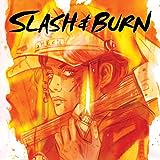 Slash & Burn (2015-2016)
Another day, another hot date. Firefighter Rosheen Hayes takes her relationships with conflagration seriously, whether it's the trigger-happy burn victim with his sights on her partner or a chance encounter igniting memories of arson at the orphanage. But is she the super-sleuth fire-whisperer or the twisted fire-starter? This new ongoing series from writer Si Spencer has all the mystery and intr 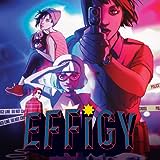