One, two, three, four, we declare a Psych War! The Phoenix Force is coming, and death and destruction follow in its wake! Jean has sought advice from across the Marvel Universe — including Namor, Thor and Psylocke — and now her quest continues with the Scarlet Witch…and Emma Frost?! The White Queen may be Jean's only hope: a former Phoenix host who can prepare her and train her telepathic powers. But what price is the young X-Man willing to pay, and can Emma ever truly be trusted? As the arrival of the cosmic force of nature draws near, Jean calls in some backup: Quentin Quire, Hope Summers, Rachel Grey and the Cuckoos! But destiny decrees that everything will come down to this: Jean Grey vs. the Phoenix!
Voir plus Voir moins 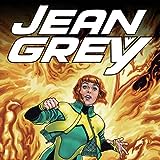 Jean Grey (2017-2018)
Collects Jean Grey #1-6. When the teenage Marvel Girl traveled through time and arrived in the present, she learned the terrible fate that befell her adult counterpart. Possessed by a cosmic entity called the Phoenix, that Jean Grey was trapped in an endless cycle of life and death. Now, determined to escape that future, young Jean sets out to write her own destiny. But when she has a premoniti

Generation X (2017-2018)
Collecting Generation X (2017) #1-6. The Xavier Institute for Mutant Education and Outreach has opened its doors, and is ready to foster the next generation of heroes and diplomats! But this time around, the X-Men recognize an unfortunate truth: not all mutants are created equal. Some mutants are just not made to fight Sentinels or serve as ambassadors on behalf of their kind. Some mutants will
Phoenix Resurrection: The Return Of Jean Grey (2017-2018)
Collects Phoenix Resurrection: The Return Of Jean Grey #1-5. She will return, like a Phoenix from the ashes! Years ago, Jean Grey perished, and the X-Men mourned her loss. Now, when strange events start happening all over the world, the X-Men can only come to one conclusion: the one, true Jean Grey is back! Kitty Pryde, Old Man Logan and Cyclops lead squads across the globe, chasing events conn
X-Men Blue (2017-2018)
THE ORIGINALS! Join MARVEL GIRL, CYCLOPS, BEAST, ICEMAN and ANGEL as they reclaim the title of X-MEN. After the world-shaking events of IVX, the original five X-Men are here to bring mutant criminals to justice and restore a heroic sheen to their team. But with a new leader in JEAN GREY and a new mentor in their "arch-frenemy" MAGNETO, will old rivalries and new conflicts tear these heroes apart? 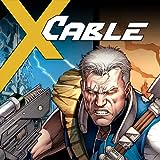 Cable (2017-2018)
Collects Cable (2017) #1-5. Speak softly - and carry a huge gun! Cable is embarking on a new mission - with the fate of all that is on his shoulders! When he picks up the trail of a threat to the timestream, he sets off on a high-speed, centuries-spanning chase to save reality as we know it. From the dawn of everything to the modern day, Cable is the only man who can keep history from unravelin