On the verge of regaining his lost wings, Lucifer must fight the ancient Gods of the Japanese Underworld, on their turf and on their terms. Meanwhile, back in L.A., Mazikeen has her own crisis to contend with, as the ancient predators known as the Shapeless lay claim to Lucifer's mystical gateway. "The House of Windowless Rooms" part 3. 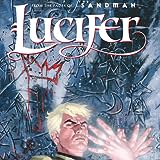 Lucifer (2015-2017)
The antihero who made his debut in THE SANDMAN and starred in his own hit series is back in a new series by best-selling writer Holly Black (The Spiderwick Chronicles) and artist Lee Garbett (Loki)! As this series begins, God is dead-and Gabriel has accused Lucifer of His murder. Lucifer had motive and opportunity but claims he can prove his innocence. If Gabriel finds the killer and takes the c 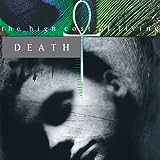 The Sandman Presents
A series of one-shots and limited series exploring the world of Neil Gaiman's best-selling Vertigo series THE SANDMAN. Featuring characters such as Lucifer, Merv Pumpkinhead, the Furies, Thessaly, the Corinthian, and more!
The Books of Magic
What would you do if you were told you could be the world's greatest enchanter if you chose to walk the path of magic? Young Timothy Hunter has accepted this challenge. His story begins in the BOOKS OF MAGIC limited series written by award-winning author Neil Gaiman!