Set deep in Appalachia during Prohibition, MOONSHINE tells the story of Lou Pirlo, a city-slick “torpedo” sent from New York City to negotiate a deal with the best moonshiner in West Virginia, Hiram Holt. Lou figures it a milk run, but what he doesn’t figure is that Holt’s just as cunning and ruthless as any NYC crime boss. Not only will Holt do anything for his illicit booze operation, he’ll stop at nothing to protect a much darker, bloodier family secret.
Voir plus Voir moins 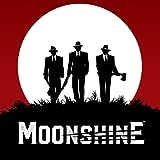 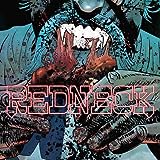 Redneck
The Bowmans are VAMPIRES who have quietly run the local barbecue joint in their small town for years, living off cow's blood. Their peaceful coexistence ends as generations of hate, fear, and bad blood bubble to the surface--making it impossible to separate man from monster! Critically acclaimed writer DONNY CATES (GOD COUNTRY) and artist LISANDRO ESTHERREN serve up the tale of a DIFFERENT kin
Criminal (2019-)
THE RETURN OF THE MOST ACCLAIMED CRIME COMIC OF THE 21ST CENTURY! Hot off their bestselling series KILL OR BE KILLED and their original graphic novel MY HEROES HAVE ALWAYS BEEN JUNKIES, crime comic masters ED BRUBAKER and SEAN PHILLIPS finally return to their most-demanded title -- as a new MONTHLY SERIES! A perfect introduction to CRIMINAL and its dark, exciting world, this series will al 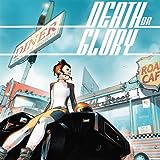 Death Or Glory
Meet Glory, raised off the grid in a convoy amid truckers—the last men and women fighting for true freedom on the American open road. Now, in order to pay for her beloved dying Father's surgery, Glory has three days to pull off four dangerous cross-country heists with mob killers, crooked cops, and a psycho ex-husband all out to bring her in or die trying.The new ongoing series by New York Times 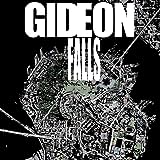 Gideon Falls
A brand-new ongoing series from the acclaimed bestselling creative team of Old Man Logan and Green Arrow! The lives of a reclusive young man obsessed with a conspiracy in the city's trash, and a washed-up Catholic priest arriving in a small town full of dark secrets, become intertwined around the mysterious legend of The Black Barn, an otherworldly building that is alleged to have appeared in both