The New Warriors have barely had time to get used to being a team, but the threats don't stop coming! The Sphinx rewrites reality in his image! The Hate-Monger sets out to corrupt humanity! Terrax wants to destroy the planet! And Psionex seeks revenge! Good thing the young heroes have friends like Namor, the Fantastic Four, the Silver Surfer and the Avengers!
Voir plus Voir moins 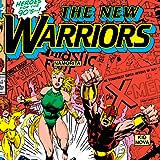 New Warriors (1990-1996)
A new band of heroes emerge! With an impressive roster and even more impressive threat, what adventures will the team get themselves into? 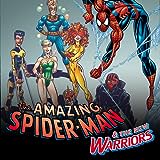 Spider-Man & The New Warriors: The Hero Killers
Collects Amazing Spider-Man Annual #26; Peter Parker, The Spectacular Spider-Man Annual #12; Web Of Spider-Man Annual 8 and New Warriors Annual #2. Spider-Man and the New Warriors delve into the mystery surrounding the disappearances of several super heroes - but their investigating leads them to more than they can handle when they witness the resurrection of the supremely powerful Sphinx! Also
Thunderbolts (1997-2003)
Justice, like lightning! When the world's heroes disappear, a new team rises to take their place - the Thunderbolts! Unfortunately for the world, their dark secret is that they are in fact villains masquerading as heroes. But will these life-time villains actually become heroes or will they use their ruse to control the world? 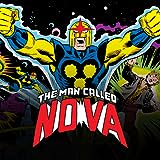 Nova (1976-1978)
Witness the origin of the Human Rocket! When young Richard Rider is granted the powers of a Nova Centurion, it becomes his responsibility to use his new abilities to protect the people of Earth! 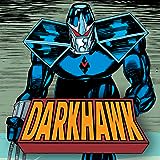 Darkhawk (1991-1995)
When teenager Chris Powell finds a mysterious amulet, he is transformed in to the superhero Darkhawk!