With public opinion dropping day by day, Mayor Jameson tries to boost his image, sending the aptly named Anti-Spider-Squad on 24 Hour duty and scheduling appearances with major celebrities. But will his plans be derailed by the color-bending SPECTRUM? And also...Who are the SPIDER-GIRLS? And how will they turn Peter Parker's life upside down? The webs are only part of the story as we delve into the life of PETER PARKER! 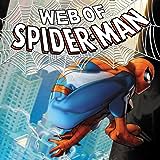 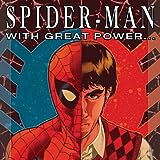 Spider-Man: With Great Power... (2008)
After the spider-bite…before the great responsibility! Meet Peter Parker, “Midtown High’s only professional wallflower,” a hapless young nerd suddenly gifted with great power…no strings attached! Happy at home with his Aunt May and Uncle Ben, but plagued by the bullies and mean girls of high school, see what Peter does when the bite of a radioactive spider gives him the strength to take 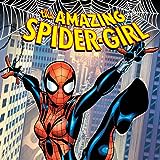 Amazing Spider-Girl (2006-2009)
Collects Amazing Spider-Girl #0-6. Ever wonder why Spider-Girl fans are the most vocal, most active comic fans of all? Here's your chance to finally find out! Join us for the start of our second 100 issues as May "Mayday" Parker learns that she can't escape her great responsibilities! Featuring the original Hobgoblin, the Black Tarantula and more! Plus: the saga of Spider-Girl!
Peter Parker: Spider-Man (1999-2003)
The Wager of Octessence has chosen its eighth and final Exemplar, Stonecutter. Now, the only thing that stands between Earth and Armageddon is the combined might of Spider-Man, Iron and Thor!