Pistouvi is a mischievous fox living in a lush prairie with his best friend Jeanne. Together they live a carefree life, concerned only about the giant birds that roam the region. Because if they talk to you, you could go mad… Collecting the complete series (digital issues #1-4). 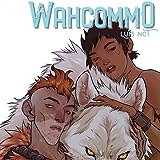 Wahcommo
Every generation, the bravest son of the tribe is tasked to venture north to the Lost Kingdom to retrieve a portion of the treasure their ancestors had left behind. The trials are hard and many, but this time the chosen one is a woman named Kaya. Forced to be accompanied by the male runner-up, an eager boy named Fox, the two set off on a journey filled with orcs, goblins, giants, and ghosts in a f 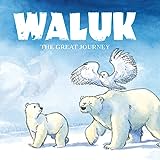 Waluk
Young Waluk and old Manitok are two polar bears helping each other get by in the modern tundra. But food is growing scarce and their world is changing thanks to global warming and the human strangers who carelessly roam through their territory. But these bears are optimistic and head out to find fertile hunting grounds, making friends and avoiding dangers along the way. There, Manitok hopes to gro 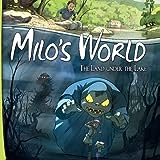 Milo's World
Milo often spends his time alone by a lake, where one day he finds a magnificent golden fish. When a creepy stranger also appears holding a young girl prisoner, he and the girl follow the golden fish to a magical world below the lake, one full of adventure. Collecting digital singles #1-2. 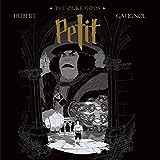 The Ogre Gods
Petit is the son of the Ogre King,¬†and the littlest giant in the royal clan. Scarcely larger than a mere human, he is the latest sign of the family's rapid degeneration, which makes each generation smaller than the one before. His father wants him killed as an embarrassment, but his mother sees in him the possible regeneration of the family lineage, since he could mate with a human, just as th