From MAESTROS creator, WE STAND ON GUARD co-creator, and The Matrix storyboard artist STEVE SKROCE, with colors by Eisner Award winner DAVE STEWART.

The Cheyenne mountain installation, aka The BUBBLE, is the most sophisticated super bunker in the world. It was built to ensure the survival of the American government’s executive branch, as well as America’s most important citizens, should the unthinkable happen. When the world ended, the executive branch didn’t reach the sanctuary, but the elite citizenry did.

Eighty years later, one of them has named himself the new president of the United States. His plan? Subjugate the survivors of the American Wasteland using the same bunker resources meant to rebuild it. The only thing standing in his way is a deadly Wasteland girl, hellbent on revenge!

Select praise for POST AMERICANA:
“SKROCE channels the ultraviolent appearances and grungy future tech that made even the darkest chapters of WE STAND ON GUARD a thrill to read and unleashes them in a torrent of nightmare sequences most effectively described as ‘fun.’” —ComicBook.com

“Delivers a violent, grindhouse feel in this post-cataclysmic tale of an America falling apart.” —Comic Watch 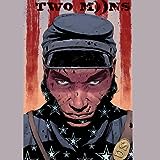 Two Moons
RUMBLE and B.P.R.D. writer JOHN ARCUDI is back at Image with rising star VALERIO GIANGIORDANO for an all-new horror series set in the midst of the Civil War. In the middle of the horrors of the American Civil War, young soldier Virgil Morris discovers that he can’t leave his Pawnee origins behind him. Visited by ghosts and visions, he learns that the war is not the worst evil he and his new f 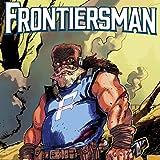 Frontiersman
“Grounded, energetic, and ambitious.” —AIPT A retired superhero is coaxed back into action by an environmentalist group, only to find life as a spokesperson makes him a target for old and new enemies alike! Doing a tree-sit protest to stop a logging company means everyone he’s ever had a problem with knows where to find him. And they come running. Collects FRONTIERSMAN #1-5 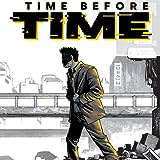 Time Before Time
2140. To escape a world with no future, many turn to the Syndicate—a criminal organization that, for the right price, will smuggle you back in time to the promise of a better yesterday. Tatsuo, a Syndicate smuggler, wants to leave his life of crime behind, but when an FBI agent disrupts his escape plan, they both find themselves hunted across time by his former employers. A mix of SAGA and 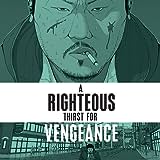 A Righteous Thirst for Vengeance
A NEW ONGOING CRIME SERIES from the writer of DEADLY CLASS! When an unassuming man stumbles upon a dark-web contract assassin’s vicious plot to kill an innocent target, he turns himself into one. The Professional meets Road to Perdition in this story of a family’s unlikely guardian being hunted by rich and powerful men who are used to getting away with everything. Join New York Times