Celebrated crime novelist Victor Gischler takes on Marvel’s greatest vigilante! Traveling the Louisiana back roads with something awful stored in his trunk, Frank Castle stops at a service station on the edge of the bayou…and steps into a world of unspeakable horror. Patrolling the depths of hell, the Punisher has crossed paths with plenty of unsavory characters, but nothing has prepared him for the unspeakable depravity of the Geautreauxs. Plus: Vette’s little black book is a treasure chest of dark secrets. Movie stars, politicians, gangsters — they all pay to play. Tonight, she is making a house call — and the Punisher is riding shotgun. Because one of the names in that book is Carlos Ramirez, a powerful Miami drug lord who hides in an impenetrable fortress, and Vette is the Punisher’s best ticket inside. Before the night is through, Vette will learn a thing or two about what really lurks in the hearts of men, about the difference between dogs and wolves.
Voir plus Voir moins 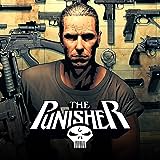 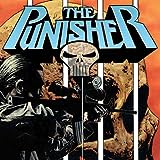