Kim Deitch made his name as an “underground” cartoonist — a contemporary of Spiegelman, Crumb, et. al. — but over the last three decades has simply been one of the most vital graphic novelists the medium has to offer, including acknowledged classics such as The Boulevard of Broken Dreams, Alias the Cat, and The Search for Smilin’ Ed. His new graphic novel, Reincarnation Stories, feels like the apotheosis of his career, an ambitiously sprawling tour de force exploring the concept of reincarnation. When Deitch was four years old, he began having memories of a time when he wore glasses. The problem was, he had never actually worn glasses. Then, one day, young Deitch is sitting outside his apartment building when an elderly man approaches him, excited. “Is it possible? Sid! SID PINCUS! Good God, man! You’ve changed. You’re smaller! And where are your glasses?” From here, Deitch weaves a dizzying path of reincarnation stories that spans the past, present, and future of human history, with appearances by Frank Sinatra, monkey gods, a forgotten cowboy star of the silver screen, a tribe of Native Americans that successfully resettled on the moon, and a parallel reality where Deitch himself is the megasuccessful creator of a series of kids books about a superhero called Young Avatar, who helps marginalized souls lead better lives and in his secret identity works as a carpenter. Did we mention Deitch’s spiritual nemesis (an incarnation of Judas Iscariot), Waldo the Cat? Deitch’s storytelling mastery has never been more fully on display that this rich tapestry of a graphic novel, certain to be a staple on 2019 “Best of ” year-end lists.

Underworld
In addition to his career as an Emmy-winning writer for animation (Cartoon Network's Camp Lazlo, Disney's Phineas and Ferb, and Nickelodeon's SpongBob Squarepants), Kaz has been unleashing his id and corrupting generations with his Harvey-nominated weekly Underworld comic strip since 1992. Underworld hilariously depicts sordid doings in a surreal city, stuffed with almost-parodies of famous comic
The Search for Smilin' Ed
Launched on his latest investigation by a remark from his brother about a shared childhood favorite ("Y'know, I heard that when Smilin' Ed died... his body was never found!"), Deitch begins to uncover some truly amazing things about the kiddie-show host and his malevolent sidekick, Froggy the Gremlin. Meanwhile, Deitch's muse and nemesis Waldo the Cat abandons Deitch to hang out with some demon bu
Shadowland
Over a hundred years ago, a scout ship from a mysterious alien vessel crash-landed on Earth, where it was discovered by a seven-year-old boy named Al Ledicker. And so begins the confounding series of events that Kim Deitch, veteran underground cartoonist and creator of Pantheon's acclaimed graphic novel The Boulevard of Broken Dreams, has been chronicling for the last 20 years in a series of inter 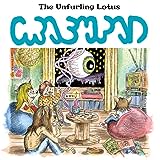 Crashpad
This fine art monograph/faux underground comic facsimile is a psychedelic trip through the hippie movement. In 2017, Gary Panter created an art installation, Hippie Trip, inspired by his first visit to a head shop in 1968. It expanded his mind to the possibilities of psychedelic art and music, analog crafts and drug culture. Crashpad is an extension of that installation and a riff on underground c