Max started drawing comics professionally over 20 years ago, with credits now ranging from Indie titles like Sea of Red [Image] and Therefore Repent! [IDW]. To stints on Marvel & DC books, and licensed properties like Terminator, Ghostbusters, and Planet of the Apes.

With the turn of the millennium Max has been establishing a reputation for doing thoughtful beautiful comics independently and with select collaborators. Nominated for Best Emerging Talent for the 2005 TCAF Doug Wright Awards in Toronto. Awarded grants from the Canada Council for the Arts in 2006, 2011 & 2012. Shares in an Eisner and a Harvey Award for the 2008 anthology graphic novel Comic Book Tattoo. Nominated Outstanding Web Comics Creator for the 2011 Joe Shuster Awards, and the 2005 Prix Expozine in the English Comics category.
Voir plus Voir moins 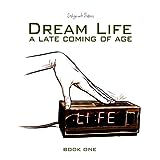 Dream Life: A Late Coming of Age
8 years in the making, the first book is here. 161 pages of rich visual narrative in a detailed, vivid, B+W Neorealist style. Murder in BC leads to an inuksuk in Ontario. Charlie's childhood friend is about to die. Hitchhiking in BC PJ's luck runs out. Lionel is in crisis, time for love? Leslie is a therapist and part time drug dealer. It's just occurring to her that she hates her job. Dan's si 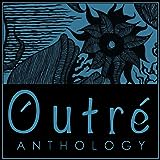 Outré Anthology
"...one of the better ambassadors for the comic book medium seen from the indie community in recent years." - InGenre The biannual Outré Anthology is a thoughtful and theme-driven anthology featuring hungry up-and-coming creators with strong, new voices. Each issue features four short stories and two insightful interviews. 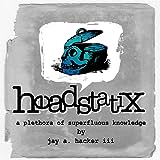 Headstatix: a plethora of superfluous knowledge
"A comics CAT-scan of a deeply introspective mind"- James Jean HEADSTATIX is a digital remaster for Comixology of the 2003 Xeric Award winning one-man anthology HEADSTATIC by Jay A. Hacker III. Featuring visually diverse pieces ranging from one-page tidbits to speechless, surreal tales. Some pieces are poignant, some are silly, but all are beautiful and thought provoking. Each story is complete 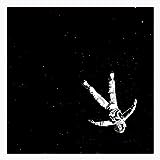 InkShorts
A collection of short stories. Some previously published, others completed especially for this volume.