In the 1980s, Snakor was an up-and-coming evil snake-person just trying to rule the globe.

Today, he works at a pizza place.

Still tempted by the occasional wacky scheme (unleashing a giant, flaming karate penguin to wreck mayhem in the downtown, creating neon-coloured robot dopplegangers of his enemies, baking mind-controlling panzarottis), for the most part, he's put his evil-ways behind him. Now he's just trying to get by in a world he never made (or took over!) by making pizza.

Channeling the ludicrously fun concepts of 1980s action figure biographies, the series focuses on Snakor's quest to find himself in a new world of greasy cheese, broken napkin dispensers and stoned college students. Dealing with newfound family members, former-evil associates and the general pizza-eating public are just the tip of the crust for Snakor as he climbs from washed-up globe-conqueror to pizza-shop emperor.
Voir plus Voir moins 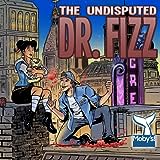 Dr. Fizz
It's a story as old as time. Boy likes girl. Girl will only date...a superhero. And unfortunately for Dave Murphy, Grand City is chock full of superheroes. In fact, in Grand City ANYONE can be a superhero, which gives Dave an idea... The plan was simple: 1) Pretend to be a hero and save the girl from a fake mugging. 2) Live happily ever after. The plan was foolproof, nothing could possibly go w 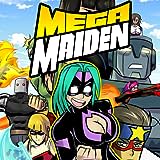 Mega Maiden
As Mega Maiden, Isis Cook is empowered with a superhuman rack with superhuman strength by the gods. she has moved in with her long-time internet bestie Delaney Bell aka The Chop Chop Princess, together they try to take a stab at being super heroes in the BIG CITY. 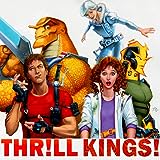 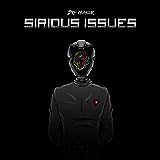 Sirious Issues
Welcome to the bizarre future-gone-wrong world of Sirious Issues. The series is a collection of short stories featuring people and machines alike dealing with The RedLove Company and their products.