Created by artist John Paul Leon and comic book and television writer Dwayne McDuffie as part of the Milestone Universe, Virgil Hawkins protects the city of Dakota as the electromagnetic-powered hero Static--whenever he manages to escape from his classes at Ernest Hemingway High, that is. 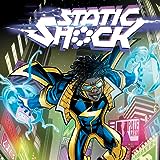 Static Shock (2011-2012)
After a mysterious tragedy forces the Hawkins family to relocate from Dakota to New York City, Virgil embarks upon new adventures. He attends a new high school and a new internship at S.T.A.R. Labs and as Static, he dons a new uniform and establishes a new secret headquarters! 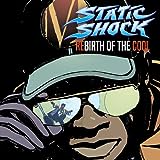 Static Shock!: Rebirth of the Cool (2000)
When a mutagenic gas accidentally gave him superhuman abilities, Virgil Hawkins was reborn as Static, the electrically powered teen Super Hero. Having retired from crime-fighting at the tender age of 14, Static is astonished to be called back to arms by some of his fellow “Bang Babies,” all empowered in the “Big Bang” battle. 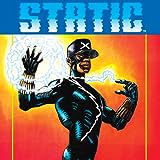 Static (1993-1997)
"Like any awkward teenager, Virgil Hawkins worries about girls, pocket money, girls, and getting beaten up. But recently, he's had even more on his mind: his newfound super-powers, his secret identity...and girls. On a night of terror dubbed "The Big Bang," Virgil Hawkins received incredible electromagnetic powers. As an enthusiastic comic book reader, he knew just what he had to do, so his swa 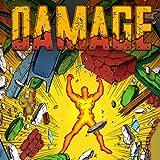 Damage (1994-1996)
What would you do if you were 16 years old and suddenly found yourself charged with power you had no idea how to control? That's the question facing Grant Emerson as Damage explodes into the DC Universe!