"A cross between Bambi and Cormac McCarthy's The Road, SWEET TOOTH tells the story of Gus, a rare new breed of human/animal hybrid children, has been raised in isolation following an inexplicable pandemic that struck a decade earlier. Now, with the death of his father he's left to fend for himself . . . until he meets a hulking drifter named Jepperd who promises to help him. Jepperd and Gus set out on a post-apocalyptic journey into the devastated American landscape to find 'The Preserve', a refuge for hybrids.
In this third volume, Jeppard begins to form an army to topple the militia camp so he can rescue Gus and the other hybrid kids. But will he arrive too late to save anyone? Collects issues #12-17."
Voir plus Voir moins 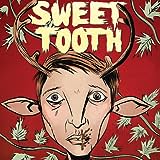 Sweet Tooth
Out of the deep woods, from the mind of acclaimed cartoonist Jeff Lemire, comes a series like no other! After being raised in total isolation, Gus--a boy born with deer-like antlers--is left to survive in an American landscape devastated a decade earlier by an inexplicable pandemic.

Sweet Tooth: The Return (2020-)
Sweet Tooth: The Return is no re-hash of the original series, but rather a bold re-imagining of the Sweet Tooth mythology; taking elements of the original series and remixing them into something familiar, but totally new. A divided world. A planet long ago past the point of devastation. And at the center of it all, a child who didn't ask to be born into any of this, but who has no choice but to tr
Trillium
Two disparate souls separated by thousands of years and hundreds of millions of miles. Yet they will fall in love and, as a result, bring about the end of the universe. This isn't just a love story--it's the last love story ever told.
Black Hammer
HEROES NEVER DIE...THEY JUST GET RETCONNED! Once they were heroes, but the age of heroes has long since passed. Banished from existence by a multiversal crisis, the old champions of Spiral City...Abraham Slam, Golden Gail, Colonel Weird, Madame Dragonfly, and Barbalien...now lead simple lives in a timeless farming town. Even as they try to find their way home, trouble has a unique way of finding h
Gideon Falls
A brand-new ongoing series from the acclaimed bestselling creative team of Old Man Logan and Green Arrow! The lives of a reclusive young man obsessed with a conspiracy in the city's trash, and a washed-up Catholic priest arriving in a small town full of dark secrets, become intertwined around the mysterious legend of The Black Barn, an otherworldly building that is alleged to have appeared in both