This is the true story of William Alexander Morgan, the Yankee Comandante, an idealistic young American who found fame fighting in the Cuban Revolution. The blond American didn't speak a word of Spanish, but he felt his rightful place was among the guerilleros of the Escambray Mountains, fighting to bring down dictator Fulgencio Batista. Morgan was among Havana's liberators in 1959, an act that led FBI director Edgar Hoover to strip him of his American citizenship. There was a time when Morgan was international front-page news, on a level with Che Guevara. Yet 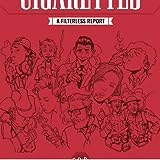 Cigarettes
Arguably humanity's most deadly invention—responsible for 100 million deaths in the 20th century—the cigarette continues to kill. Half of all smokers die of a smoking-related illness, and more than a billion people currently smoke. "Cigarettes" tells the story of the tobacco industry's cynical efforts to impose this danger on as many people—or victims—as possible, with a single purpose in 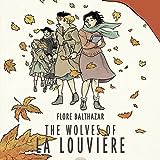 The Wolves of La Louvière
Belgium, 1940. The German army is spreading across Europe, and tiny Belgium is conquered in 18 days. During the four long years of the Nazi occupation, the women of La Louvière have to figure out some way to stay alive, to live their lives, and to keep up hope. Their world is drawn through teenage Marcelle's journal: What does she do? How do her family members endure? Which women in town collabor 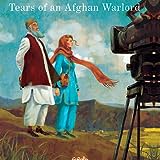 Tears of an Afghan Warlord
In this documentary comics we meet Belgian journalist Pascale Bourgaux as she travels with a cameraman back to a small village in the north of Afghanistan that she has been visiting regularly for ten years. The village is controlled by the warlord and resistance fighter Mamour Hasan, who fought to expel the Taliban from his land just like the Russians before them. To her great surprise, she finds 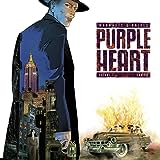 Purple Heart
Joshua quit law school to go fight the Nazis in Europe. He was awarded the Purple Heart after he and his buddy were victims of a landmine. No medal on Earth, however, can assuage the trauma of being unable to save your brother-in-arms. Back home in the States, Joshua tries to make up for lost time, with one romantic conquest after another. Working as a private eye in New York, he's been assigned t