"World War X" begins! It's Tian vs. Utopia when Jean Grey takes on Kitty Pryde! Will the planet be torn apart when the two mutant nations go to war? Alliances are broken, sides are chosen and betrayals abound - but after a sneak attack on Utopia, and Jean's strict warning that the rest of the world should stay out of the war, will the global mutant-on-mutant conflict finally unite...or divide mutants forever? As World War X claims its first casualties, Kitty Pryde becomes a revolutionary redux, Mach Two displays startling new powers, and James Hudson proves he's more than just his father's son!
Voir plus Voir moins 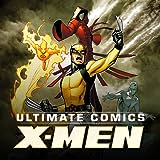 Ultimate Comics X-Men
The biggest mutant cover-up has gone public as the true history of the X-Gene is revealed. As an identity crisis rocks the mutant world, the mistrust between man and X-man gets deeper. But a bigger question remains: who are the X-Men? 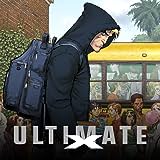 Ultimate Comics X
Wolverine is dead. Captain America is a fugitive. The Fantastic Four disbanded. Lives have been destroyed and nothing can ever be the same--is there any hope left? And just who--or what--is Ultimate X? 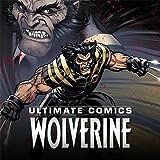 Ultimate Comics Wolverine
Jimmy Hudson's quest to discover the answers about his past begins here! What mission was Wolverine on that led to the birth of Jimmy? What Jimmy finds will rock the Ultimate Universe's family tree forever! 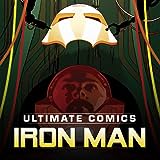 Ultimate Comics Iron Man
Who, or what, is the Ultimate Mandarin? 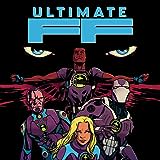 Ultimate FF (2014)
The Future Foundation is all that stands between us and COMPLETE AND UTTER DOOM. Sue Storm, Tony Stark, Machine Man and Sam Wilson face the ONCOMING DESTRUCTION. A mysterious new member will join their ranks, whether they like it or not. Hint: They will not.