Collects strips that appeared from November 8, 2010 to January 23, 2012 of the Asian American office romance webcomic Yellow Peril. Passed up for promotion for refusing to conform to corporate culture, graphic designer Kane Hongo must learn to play the game in the cubicle jungle of Pedanticorp. Helping him navigate the contrived ways of the corporate drone is his two cohorts, Bodie Guy and Ally Peth.

Kane, Bodie, and Ally have long suffered at the hands of their pedantic boss, Steve. Their disgruntled commiserations have evolved into plans to strike out on their own. Will they finally be able to break free from their corporate shackles?
Voir plus Voir moins 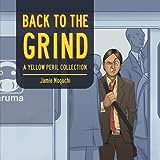 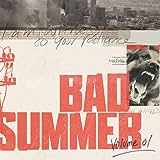 Bad Summer
A devastating heatwave is rising in Los Angeles. Temperature and tensions increase as the city teeters on the brink of hysteria! 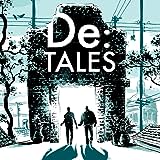 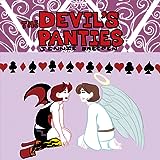 The Devil's Panties
Running the register at a comic shop, waiting tables at a restaurant... this wasn't quite what Jennie had in mind after graduating with a shiny degree in Sequential Art(though it may have been what was in everyone else's). As life overwhelmed her and her drawing hand withered away, Jennie made a promise to herself to stay in practice by drawing a new comic every single day. From dating and clu 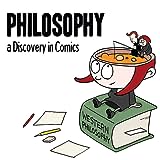 Philosophy: A Discovery In Comics
A fun introduction in comics to deep thinking and the history of Philosophy! What is Thinking? And how does our thinking set us apart from other animals? Now that we're thinking, what is Reality? Is there an objective reality or are there numerous subjective realities? And do we move in it with a free will or is everything predestined? Socrates, Plato, Aristotle, Erasmus, Descartes, Spinoza